Streaming a message: Flipflopi to sail across Lake Victoria in another historic journey

Streaming a message: Flipflopi to sail across Lake Victoria in another historic journey

NAIROBI, Kenya, September 23, 2020,-/African Media Agency (AMA)/- Nearly 18 months after the Flipflopi made its first historic journey from Lamu, Kenya, to Zanzibar, Tanzania, the world’s first 100% recycled plastic sailing boat (dhow) is all set for another historic voyage, this time to Lake Victoria.

The Lake Victoria expedition is supported by the governments of Kenya, Uganda and Tanzania, the UN Environment Programme (UNEP), French Development Agency (AFD), UN Live as well as private sector entities including Waterbus.

Over a four-week period in early 2021, the Flipflopi will sail around Lake Victoria, Africa’s largest freshwater lake, highlighting the impact of pollution on this vital ecosystem, and engaging governments, business leaders, community leaders, conservationists, and students on viable solutions for the pollution menace.

“The purpose of our next expedition is to take our message ‘upstream’, from our coastal home in Lamu, to our brothers and sisters across Kenya, Tanzania, and Uganda, who are living on the fringes of Lake Victoria. Our hope is that this expedition will bring much-needed attention to and action on the catastrophic pollution plaguing the most critical freshwater ecosystem in the region,” said Ali Skanda, co-founder of the Flipflopi Project.

The announcement of the Lake Victoria expedition was made today at a press conference organized by UNEP, AFD, UN Live, Kenya Ministries of Environment and Forestry and that of Tourism and Wildlife.

“The Flipflopi expedition to Lake Victoria takes a simple but critical message to the attention of governments, local authorities, stakeholders and communities in the region – save Lake Victoria before it is too late. The destruction of this vital source of water means putting millions of peoples’ livelihoods at risk. We need to act urgently to reverse the environmental degradation that is having a grave impact on the Lake and all those who rely on it for their livelihoods,” said Juliette Biao Koudenoukpo, Director and Africa Regional Representative, UNEP.

Lake Victoria, which spans 3 countries and a region which is home to more than 40 million people, has been under increased pressure from mismanaged waste and pollution that has severely impacted the health of communities and threatened the survival of the lake. A study conducted on the southern shore confirmed that plastic was found in 20 percent of fish. Despite the seriousness of this problem, the full extent of the pollution is still unknown, with limited research conducted on this vital ecosystem.

Accompanying the expedition is a petition calling for all East African Community Member States to reach a regional consensus and take a leadership stance by adopting legislation to address single-use plastics and ban non-essential plastics.

“As a regional actor historically involved in Lake Victoria’s ecosystem preservation, it is only natural for AFD to support this key expedition,” said Christian Yoka, AFD East Africa Regional Director. “We have been working for 20 years with our Kenyan, Ugandan and Tanzanian partners on a set of comprehensive solutions for the populations surrounding the Lake to access clean water and to preserve the resource through research as well as investment in proper sanitation infrastructure. We believe that solutions to achieve the Sustainable Development Goals entail collective and inclusive action carried out at the proper scale.”

The Flipflopi’s Lake Victoria expedition will:

The dhow, which arrives in the Kenyan lakeside city of Kisumu today, will be hosted at the KWS Impala Park on the shores of Lake Victoria. Residents are invited to visit the Flipflopi and learn more about its history, its mission, and its goals for the Lake Victoria expedition. Children are especially encouraged to learn about and join the fight against plastic pollution in their communities and beyond.

“We are delighted to support the Flipflopi expedition in the fight against plastic pollution across the country and region” said Edwin Wanyonyi, KWS Director of Strategy and Change. “This partnership and hosting of the Flipflopi dhow at our premises compliments our resolve to implement the ban of single-use plastics in our protected areas. This expedition continues to show what we can do and achieve when we join our efforts” he added.

To celebrate the launch of the Flipflopi Lake Victoria expedition, a short film funded by UNEP and produced through Flipflopi, written and narrated by celebrated Kenyan actor John Sibi-Okumu and directed by award winning animator Kwame Nyong’o, premiered on the 19 September in conjunction with observances of World Clean-Up Day, a civic movement encouraging the cleaning up of litter and mismanaged waste from our beaches, rivers, forests, and streets. Aimed at educating children, the film tells the story of how Flipflopi came to be built, and what its mission is.

Dr. Amina Mohamed, Kenya’s Cabinet Secretary for Sports, Heritage and Culture has already expressed her expectation on learning of these developments: “This is a wonderful initiative. It promotes sustainability and I am infinitely proud that it was born in Kenya.”

The Flipflopi is the world’s first sailing boat made entirely from waste plastic and flip-flops collected from beaches and towns on the Kenyan coast. Flipflopi made global headlines in 2019 when it sailed 500km from Lamu, Kenya to Zanzibar, Tanzania as part of the UNEP Clean Seas initiative, creating international awareness on the impact of plastic pollution and working to  change mindsets and behaviours about plastic waste.

A new expedition is planned in January 2021 to Lake Victoria, Africa’s largest freshwater lake, and a region which is home to 40 million inhabitants. The expedition aims to draw the world’s attention to the pollution affecting the health and environment of the Lake, and engage communities, businesses and policymakers in Uganda, Tanzania and Kenya to make commitments to end single use plastic. Flipflopi’s vision is a world which has banned single-use plastic, and where responsible production and consumption of plastic is part of a circular, not linear, economy.

About the United Nations Environment Programme (UNEP)
UNEP is the leading global voice on the environment. It provides leadership and encourages partnership in caring for the environment by inspiring, informing and enabling nations and peoples to improve their quality of life without compromising that of future generations.

About UNEP Clean Seas Campaign
Launched in February 2017, the Clean Seas Campaign is an initiative that works with governments, businesses and citizens towards the goal of eliminating the needless use of disposable plastics and to protect our oceans and rivers.

To date, sixty countries from around the world have joined the campaign. Commitments by signatory countries now cover more than 60 per cent of the world’s coastlines. Many countries have pledged to reduce or eradicate single-use plastics from their societies, or to invest more in national recycling facilities.

About the French Development Agency (AFD)
Agence Française de Développement (AFD) Group is a public financial institution that finances, supports and accelerates transitions towards a more just and sustainable world. As a French overseas aid platform for sustainable development and investment, we and our partners create shared solutions, with and for the people of the global South.

AFD’s teams are active in more than 4,000 projects in the field – in the French overseas departments and some 115 countries. They strive to promote health, education and gender equality, and are working to protect common resources — peace, biodiversity and a stable climate. 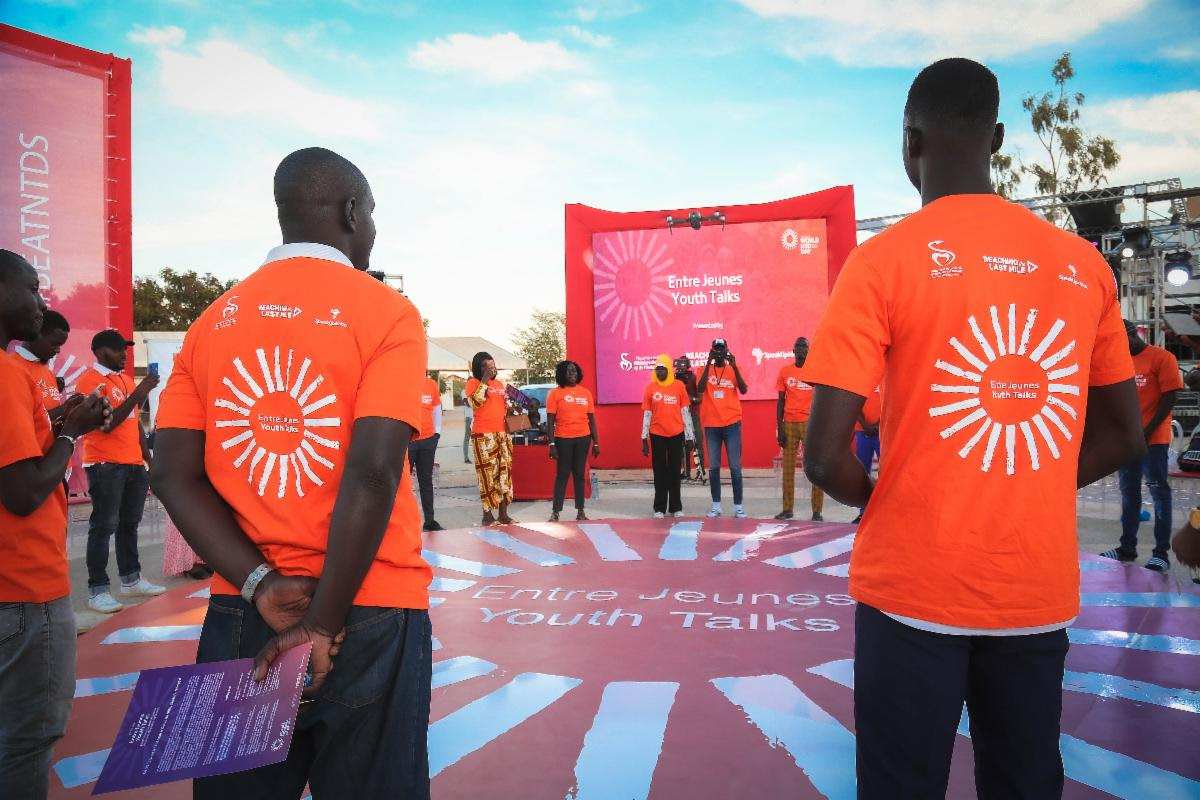